Have a child that suffers from UTIs? 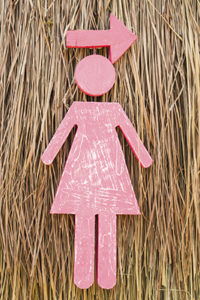 While urinary tract infections can affect anyone, they are most common in children, especially girls. According to research, by the age of seven, 8.4 percent of girls and 1.7 percent of boys have already suffered at least one UTI.

And if your child is one of these unlucky few, you know how miserable they can be – ranging from fever, tiredness, and vomiting to hospitalization. In some children, UTIs that recur can lead to kidney damage and even kidney failure.

The good news is this – a study has shown that antibiotics (which are commonly used to treat recurring UTIs) can be more effective when paired with probiotics!

Yep! The children in the study who had recurring UTIs, who also experienced fever-like symptoms, saw a reduction in incidences when they added probiotics to their antibiotic regimen. As you can probably surmise, this is likely because the probiotic actively strengthens their immune system while the antibiotic treats the infection and symptoms.

While doctors and medical researchers have long acknowledged a positive effect of probiotics in treating UTIs, these types of studies are consistently adding to the clinical proof that probiotics and antibiotics might be a good team to prevent recurring UTIs.

What exactly is a UTI?

In children with recurring urinary tract infections, hospitalization is often required. Transient kidney damage occurs in around 40 percent of kids, with permanent damage in around 5 percent. Children who have already experienced a UTI episode are at greater risk of further infections. Due to these unpleasant recurrences, doctors prescribe long-term antibiotics.