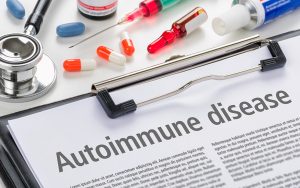 Scientist have long known that bacteria in the intestines, also known as the microbiome, perform a variety of useful functions for their hosts, such as breaking down dietary fiber in the digestive process, encouraging the production of important nutrients, and promoting healthy bowel function. A recent study has shed new light on another useful role of the microbiome: regulating the immune system.1 The key seems to be vitamin A. The study found that helpful bacteria were able to co-exist peacefully with the immune system by moderating active vitamin A levels in the intestine to prevent an overactive immune response. By controlling the expression of a certain protein that manages vitamin A levels, researchers were able to reduce the number of immune cells that coordinate antimicrobial responses against gut bacteria.

Shipra Vaishnava, an assistant professor of molecular microbiology and immunology at Brown University, was one of the primary researchers on this study. She stated, “A change in vitamin A status and vitamin A metabolic genes coincides with inflammatory bowel diseases, but we don’t know if this promotes inflammation or not. We hope that adding our finding — that bacteria can regulate how vitamin A is being metabolized in the intestine or stored — could help clarify why the field is seeing what it is seeing.”

The implications of this study are very exciting! “This research could be critical in determining therapies in the case of autoimmune diseases such as Crohn’s disease or other inflammatory bowel diseases, as well as vitamin A deficiency,” Vaishnava said. Though the exact causes of most autoimmune diseases are still unknown, it is clear that increased immune response or immune activation is a major component. If the microbiome is able to regulate the severity of this immune response, avenues to new autoimmune therapies could be discovered. Could probiotics be used to treat autoimmune diseases in the future? We’ll have to wait for further research to find out.