How is Crohn’s Disease Connected to Gut Bacteria? 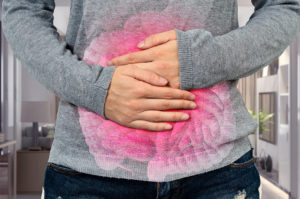 Crohn’s disease is an inflammatory bowel condition that affects millions of people around the world. It causes inflammation of the digestive tract and can lead to a wide array of symptoms, including diarrhea, fatigue, and abdominal pain. There is currently no known cure for Crohn’s disease, but there are therapies to help lessen symptoms, such as anti-inflammatory drugs or specific diets.

Though the cause of Crohn’s disease is unknown, many believe that gut dysbiosis is one culprit. Dysbiosis is an imbalance in the gut microbiota where “bad” bacteria become more dominant than “good bacteria.” This imbalance can lead to food allergies, Leaky Gut Syndrome, and a number of autoimmune diseases. Dysbiosis can be caused by inflammation, poor diet, antibiotics, and other environmental factors.

According to 2017 estimates, inflammatory bowel conditions like Crohn’s affect 1.6 million Americans. That number continues to grow every year, particularly among adolescents. Thankfully, there is an increasingly large body of evidence supporting the notion that understanding gut bacteria can lead to a better understanding of human bowel diseases.

One such study was conducted at the University of Pennsylvania School of Medicine in 2017, where researchers were able to single out a bacterial enzyme, called urease, as a primary cause of the imbalance in gut bacteria linked to Crohn’s disease.1 Urease is found in many of the bad bacteria that are dominant in dysbiosis. These bacteria convert urease into ammonia, which is then reabsorbed by other bacteria to make amino acids that are associated with dysbiosis in Crohn’s disease. It’s a nasty cycle that gradually creates and reinforces a bacterial imbalance over time. Good bacteria do not contain urease.

Based on the results of this study, researchers believe that it may be possible to treat Crohn’s disease and other inflammatory bowel diseases by altering the balance of microbiota toward bacteria that do not contain urease. This could be done through forcible removal of bad bacteria and reintroduction of good bacteria, as was done in the study. A less extreme method could be regularly introducing good bacteria back into the system so it has a chance to integrate in the gut microbiota and crowd the bad bacteria out. One of the best sources for good bacteria is a good probiotic supplement.