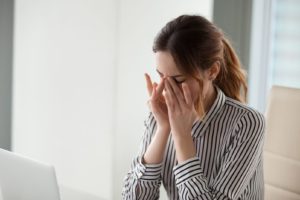 Allergic Rhinitis is a known allergic reaction of nasal airways, and research is showing that probiotics could be an great treatment alternative. Allergic rhinitis occurs when allergens such as dust, pollen, hair or animal dander is inhaled by a person with sensitized immune system. The allergen triggers antibody immunoglobulin production that binds basophilis and mast cells containing histamine. Symptoms of allergic rhinitis occur shortly after a person comes in contact with substances he or she is allergic with. These symptoms include itchy eyes, mouth, throat and skin, problems with smell, sneezing, watery eyes and more. There are also other symptoms that can occur later, such as sore throat, clogged ears, stuffy nose, and puffiness under the eyes, coughing, headache, irritability and fatigue. The most ideal treatment for allergic rhinitis is to get rid of pollens causing common symptoms. It might be impossible to avoid all the pollen, however, you can take the necessary steps to reduce your exposure. Those suffering from this allergic reaction might also be prescribed with medicines to treat the condition. The medicine prescribed depends on the symptoms, severity of the condition, age, and medical conditions like asthma.

Aside from these, it has also been found out that probiotics may reduce allergic rhinitis and drug usage. Hualien Tzu Chi General Hospital conducted a controlled probiotic trial in which atopic children with allergic rhinitis were observed. The trial concluded that  lactobacillus salivarius treatment can significantly reduce drug usage and symptoms in these atopic children. The children were given either a placebo or lactobacillus salivarius as powder mixed with water or food for about 12 weeks. They were also assessed at two weeks prior to initiating treatment, in the beginning of the treatment and then at four, eight and twelve weeks. The IgE antibody levels, eosinophil count, RBC, WBC and platelet are evaluated before and after the treatment. Results show reduction in drug use and symptoms which indicates their potential efficacy in terms of treating allergic rhinitis in children. Probiotics play an essential role in combating allergic diseases including allergic rhinitis. There are recent studies conducted on the effects of probiotics in clinical symptoms and medication usage among children with established allergic condition. Probiotics are preparations and products that contain considerable number of microorganisms that are capable of modifying microflora of the host which further results to beneficial effects on health. Lactobacilli are also considered to stimulate reactions that involve the helper cells known as Th1. So if your children have been suffering from allergic rhinitis, feeling all its unwanted effects, probiotics are great alternatives to help them deal with their condition. Instead of sticking to treatments that do not really work or buying costly medicines for allergic rhinitis, it would be an ideal option to consider probiotics as part of the treatment plan. Probiotics have proven positive effects in terms of reduction of symptoms and drug usage as well.