Craving: Why Are We Willing to Pay More for Unhealthy Foods? 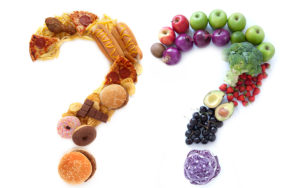 Eating well is tough. Cookies, sugary cereals, and sweetened frappuccino’s are dietary staples for people around the globe. Most of us know that these foods aren’t great for weight gain or overall health, yet we continuously choose them over healthier alternatives. When I discuss weight loss goals with my friends and family, they have all kinds of different reasons for why they’re having trouble with healthy eating. One excuse I often hear is that eating well takes too much time. “The last thing I want to do after a long day is slave away in the kitchen preparing food.” I can relate to that one. A text I received from one friend last week said, “I started off really well today, but they ordered pizza at the office and I just couldn’t resist the call of the pepperoni.” Cravings for pizza can destroy my willpower in a hurry, too.

I think the excuse I hear most often is that eating well is too expensive. There is some truth to that, but new research suggests it may not be quite that simple. A recent neuroscience paper suggests that people are willing to pay more for unhealthy foods that they crave, and they are willing to pay disproportionately more for larger portion sizes of the foods they crave.1

Craving is a feeling or a state of being that we all experience on a daily basis, but it is one that is not well understood. It has long been recognized as a state of mind that contributes to addiction, eating disorders, and obesity, yet very little is known about the nature of craving and how it affects our choices and behaviors. This study aimed to fill in some of those gaps. For this particular study, the researchers defined craving as one’s momentary willingness to pay for the things they desire measured against their perceived value and willingness to purchase the same items when that craving is not present.

What did the research reveal about craving?

For starters, it showed that people were willing to pay more for a particular food item if they had been recently exposed to it than if they had not. This occurred regardless of the participant’s hunger level, suggesting that hunger and craving are not always directly correlated. As Kenway Louie, one of the study’s co-authors states, “Craving Snickers does not make you hungrier; it makes you desire Snickers specifically.”

According to the study, the most frequently craved foods in the general population are those richer in calories, fat, and sugar content. For instance, cravings were typically stronger for chocolate bars and cheese puffs than for granola bars. The results also revealed a connection between craving, price, and portion. When we crave food, we crave larger portions of it than we would normally eat, and we are also willing to pay disproportionately more for those larger portions than for smaller ones. As Anna Konova, a postdoctoral researcher in NYU’s Center for Neural Science and the paper’s leading author, puts it, “It appears that craving boosts or multiplies the economic value of the craved food.” That sounds about right for me. I may go back and forth about spending three dollars on a bag of carrots, but I won’t think twice about paying five bucks for a pint of ice cream!

According to this research, we are willing to pay more for unhealthy foods because we are more willing to pay for foods that we have been recently exposed to, and we are more likely to crave foods high in calories, fat, and sugar. Now consider how much marketing you are exposed to for junk foods compared to healthy foods. I don’t know about you, but I see way more advertisements for junk food items than healthy options! Combined with the finding that our cravings boost our perceived values of the foods we crave, it’s no wonder that eating well seems to be such an uphill battle!

Konova summarizes the results of the study quite well in saying, “Our results indicate that even if people strive to eat healthier, craving could overshadow the importance of health by boosting the value of tempting, unhealthy foods relative to healthier options. Craving, which is pervasive in daily life, may nudge our choices in very specific ways that help us acquire those things that made us feel good in the past — even if those things may not be consistent with our current health goals.” This study may not offer much new advice for curbing our cravings, but it does shed some light on why we are so much more willing to pay for junk food. Perhaps just being aware of this information could help us to recognize these cravings and make better choices.