Probiotics: Single Strain or Multiple Strains? Which is better? 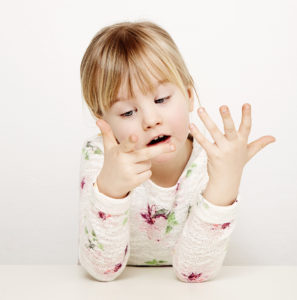 If you’re reading this article, you probably have already figured out that probiotics are good for you, but maybe you’re still trying to figure out how to weigh your options. There are so many facets to consider when selecting a probiotic that it can get overwhelming. One of those factors is choosing a probiotic supplement with a single bacterial strain or one with multiple strains.

It’s pretty easy to find articles on both sides of the fence. The companies selling single strain products will tell you that bacteria are inherently competitive and will make each other less effective when packaged together. The companies selling multi-strain products will tell you that it is important to take a variety of strains in order to cover a wide range of possible functions, and single-strain probiotic supplements can create a detrimental dominance of one species.

Well, we do advocate taking a variety of strains in order to cover a wide range of benefits, and we do caution against single-strain probiotics due to the possibility of creating a dominant species, so I hate to break it to you, but this blog post isn’t going really going to break that mold…except for the part where we provide science to back up our claims! That’s right. Here at Humarian, the makers of a multi-strain and multi-species probiotic, we dish out opinions AND the research to back them.

Let’s start by dispelling the main counterpoint that most proponents of single-strain probiotics like to throw around, that bacteria are inherently competitive and will try to kill each other. It is absolutely true that some bacteria have inhibitory effects on others considering the effect probiotics have on bad bacterial species, but the idea that all probiotics inhibit all others clashes hard with the simple fact that the human microbiota contains more than 400 different species of bacteria.1 More recent studies have estimated that number closer to 800 or 1000 different species. The human microbiota is inherently diverse. It is naturally a multi-strain, multi-species environment. If all bacteria were constantly trying to kill each other, that number would be very small. Good bacteria seek out and kill pathogenic bacteria. That’s a large part of the reason probiotic bacteria are effective in the first place.

The truth of the matter is that many bacteria have symbiotic relationships with each other and actually boost functions in complementary species. Here’s a simple example in which the adhesion properties of B. lactis were more than doubled when coupled with either L. rhamnosus or L. bulgaricus.2 The results of this study suggest that combinations of probiotic strains can have synergistic effects.

As usual, research is ongoing in the area of single vs. multi-strain probiotics, but early evidence look to lean heavily in favor of multi-strain. The human microbiota is inherently diverse, so it makes sense that we would want to continue to promote that. If you want to check out Humarian’s own multi-strain, multi-species probiotic, visit shop.humarian.com today!