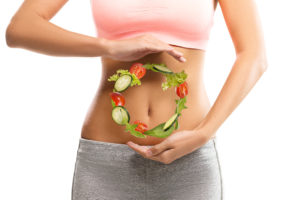 According to a recent study, yes! Dr. David Suskind, a gastroenterologist at Seattle Children’s Hospital, led a study demonstrating that pediatric patients with active Crohn’s disease and ulcerative colitis (UC) were brought into clinical remission through dietary changes alone. At the end of this 12-week study, eight of the ten patients that finished the study showed significant improvement and achieved remission from the dietary treatment alone.

“This changes the paradigm for how we may choose to treat children with inflammatory bowel disease,” said Suskind. “Each person’s disease is unique, just as each person is unique. SCD is another tool in our tool belt to help treat these patients. It may not be the best treatment option for everyone, but it is an effective treatment for those who wish to try a dietary therapy.” People have been using SCD and similar diets for years to help with digestive issues like UC and IBD, but this is one of the first times those claims were tested using laboratory studies.

What exactly is SCD?

SCD, short for Specific Carbohydrate Diet, is a group of foods that are grain-free, sugar-free, starch-free, and unprocessed. The foundation for SCD was developed by Dr. Sidney Valentine Haas in the 1950s while treating IBD and Celiac patients. One of the patients Dr. Haas helped through diet was the daughter of Elaine Gottschall. After seeing the impact dietary changes had on her daughter’s health, Elaine decided to dedicate her life to researching the connection between gut health and diet. Her research led to the creation of the Specific Carbohydrate Diet and her book, Breaking the Vicious Cycle: Intestinal Health Through Diet, in which she explains the science and rationale behind the diet. This book was published in 1994, but its principles have been used to treat IBD, Crohn’s, and UC long before.

If people have been using this diet for years, why is Dr. Suskind’s study significant?

Frankly, medical doctors are much more likely to respond to scientific evidence than anecdotes and testimonials. As Suskind stated, “For decades or longer, medicine has said diet doesn’t matter, that it doesn’t impact disease. Now we know that diet does have an impact, a strong impact. It works, and now there’s evidence.” As more supporting studies arise, more doctors are likely to incorporate SCD as a viable treatment option. It could also open the door for other diet-as-treatment studies for other diseases.