Type 1 Diabetes Predicted by the Gut

Can the gut predict future health problems? The human microbiome comprises trillions of microorganisms that reside in the body. Most bugs in the microbiome are beneficial and harmless. Shifts in the microbiome have been connected to different diseases such as inflammatory bowel disease and other gastrointestinal issues, but research has started to show connections between gut health and type 1 diabetes as well.

A study conducted by the researchers from the DIABIMMUNE Study Group, Massachusetts General Hospital and Broad Institute of MIT and Harvard discovered a connection between shifts in gut microbiota and the development of type 1 diabetes. The study revealed that onset for those with type 1 diabetes was preceded by a decrease in microbial diversity, which included a disproportional drop in the number of species that promote gut health.

To investigate the possible connection between type 1 diabetes and shifts in the microbiome, the study followed thirty-three infants who were genetically affected by the disease. From birth to age three, their stool samples were analyzed and data on their gut microbiome composition were gathered. In the number that developed the disease during the period of study, the 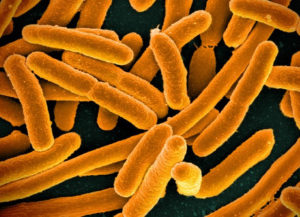 researchers noticed a twenty-five percent decrease in the amount of distinct species present in the subjects’ microbiome one year before the development of type 1 diabetes. They also discovered that the population change included a drop in bacteria that promote gut health and an increase in potentially dangerous bacteria that are known to cause inflammation. The results support a previously identified connection between type 1 diabetes and gut inflammation.

This study is quite significant because knowing how the microbiome changes before the onset of type 1 diabetes could help doctors detect early microbial features of the disease. In addition, knowing which species are flourishing and which are absent in the gut of children suffering from type 1 diabetes may help in slowing the development of the disease after onset by discovering ways to control the microbiome. It is a promising step forward in helping people overcome diabetes and it starts with a healthy gut!

Be sure to help increase healthy gut bacteria! Check out Probonix now.