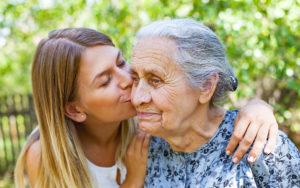 Alzheimer’s is the most common form of dementia. It causes serious problems with memory, thinking, and behavior that can negatively impact daily life for those affected. There is currently no cure for Alzheimer’s, but research is ongoing to find ways to treat and prevent its onset.

One avenue that has gained some attention in recent years is probiotics. Scientists have hypothesized that probiotics might be able to boost cognition because of the “gut-brain axis”, which refers to the continuous two-way communication between the intestinal microflora, the gastrointestinal tract, and the brain through the nervous system, the immune system, and hormones. There have been numerous studies over the last several years demonstrating that probiotics are able to increase learning capabilities, improve memory, and reduce anxiety and depression in mice, but similar data for humans has only recently become available.

Researchers from Kashan University of Medical Sciences and Islamic Azad University completed a study in 2016 to test the effects of probiotics on human cognition in Alzheimer’s patients.1 This randomized, double-blind, controlled clinical trial was conducted on 52 men and women between the ages of 60 and 95 that suffered from Alzheimer’s. Half of the patients received 200 ml of milk enriched with L. acidophilus, L. casei, L. fermentum, and B. bifidum. The other half of the patients received 200 ml of milk with no probiotic enrichment. The patients received this milk once per day for 12 weeks.

Before and after the trial, these patients were tested on the Mini-Mental State Examination (MMSE) scale. This 30-point questionnaire is used extensively in clinical and research settings to measure cognitive impairment. The MMSE is a very common screening tool to test for dementia and Alzheimer’s.

The group that received probiotic-enriched milk showed an increase from 8.7 to 10.6 on the MMSE, while the group that received non-enriched milk decreased from 8.5 to 8.0. While 10.6 out of 30 is still not a great MMSE score, increasing nearly two full points is a significant improvement. This suggests that a daily dose of probiotic bacteria taken over a period of just 12 weeks was enough to yield a moderate but significant improvement to the cognitive capabilities of these patients.

“In a previous study, we showed that probiotic treatment improves the impaired spatial learning and memory in diabetic rats, but this is the first time that probiotic supplementation has been shown to benefit cognition in cognitively impaired humans,” says Professor Mahmoud Salami from Kashan University, the senior author of the study. The study also notes that the probiotic group showed metabolic improvements in insulin resistance and inflammation. This is significant because these are two of the key factors thought to lead to the development of Alzheimer’s. It is known by Type 3 diabetes in some circle due to this connection. These improvements paired with the MMSE score improvements suggest that probiotic supplementation deserves further research and consideration as a tool for combating Alzheimer’s.