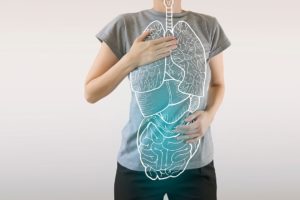 Respiratory health has been a hot topic throughout the world over these last several months. Face masks and respirators have become hot commodities, and immuno-compromised individuals and those with respiratory conditions have had to be especially careful during the COVID-19 pandemic. I’ve never given too much thought to the relative health of my lungs, but it’s something I’ve found myself thinking about quite often this year. I’m sure the same is true for many of you.

While we all continue to wait on things to return to some semblance of normalcy, it might be a good idea to remind ourselves that there are some things we can do to protect our lungs and improve our respiratory health in the meantime. The first thing we should be doing is what we’ve been doing, reducing the risk of infection through washing our hands, avoiding crowds, wearing masks, and practicing proper social distancing. Next, don’t smoke! Many people think that they’ve smoked too long for quitting to make a difference, but in reality, it’s never too late to benefit from quitting. Exercise is also a guaranteed way to improve respiratory health. Exercising strengthens your lungs and heart, improving your body’s efficiency in transferring oxygen into the bloodstream and increasing the amount of physical activity you can do before becoming short of breath.

Research in this area is ongoing, but even now, there is strong evidence that probiotics can help to prevent the risk of respiratory illnesses. Consider adding them to your respiratory health repertoire alongside exercise and viral infection prevention procedures.